Light the corners of my mind...

No one had a blog in 1998. Sure, there were lots of websites and I had one. And it? Sucked. It was dreadful. It's no longer in existence, anywhere, and if it were? I would not link to it now. Because it was that bad.

Because really? At that time? All I could define myself as was a single mother of twins.

Don't get me wrong. I'm glad that I was that. Being a mother is the best, best thing I've ever done or ever will do. I am glad now, though, that I don't define myself entirely as a mother. Or a wife. Or as someone who had premature babies. I am all of those things and I'm damn proud of all of it. But I'm other things too. And starting the blog when I did? Let me focus on the other things sometimes.

It would have been helpful to have the blog then, though. Because my memory completely sucks butt.

I mean, certain days I can look at pictures and easily tell when it was. 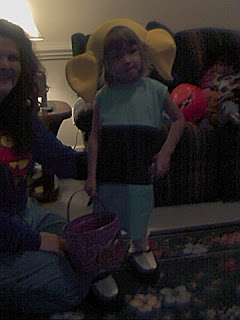 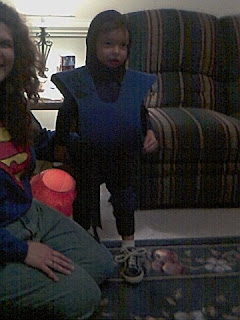 Clearly, this was Passover.

But other days? I mean, I have a vague idea, but I'm not sure.

Take this photograph, for example. 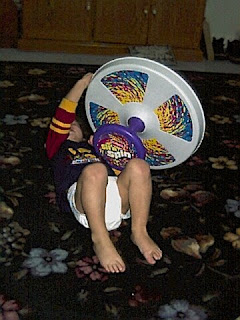 I am fairly certain there is an absolutely hysterical reason he was doing this. But can I remember what it was? Of course not. 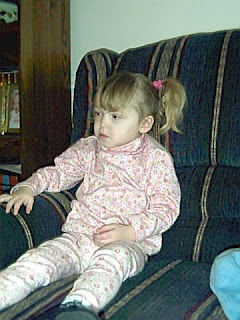 And look how hilarious Senorita Sassypants looks here. And I don't even know why.

Sometimes I wish I could remember. How it was then. Just the three of us, trying to make our way in the world.

No use looking back, I suppose. 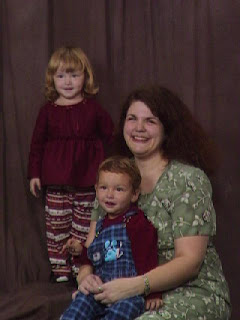 Except every now and then.

It reminds me of how far we've come. 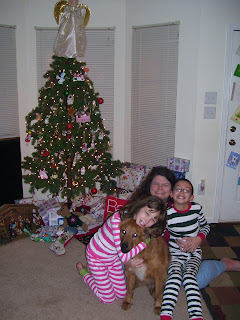 You guys are so precious.

I hear you, my friend. I hear you. I also have problems with memory and I was never good with baby books or photo albums.

I have tone of boxes of pictures--pre-digital. And over 10,000 digital. But, they all reside gathering dust or in opened files.

Yep, I wish I started my blog in 1996, but I was too busy graduating college, having a baby, moving across the country, loosing all my weight and passing a Physical fitness test for the army, and planning and executing a wedding--all in a 2 month time period.

One day I'll get my shit together...but don't hold your breath.

what a sweet family you are!

I'm glad to have some memories of my girls captured here, but I need to get out of this chair more often to -make- those memories. =P

When I look at you and your children, all I see is love.

You have a lovely family.

I love this post. I know what you mean, I didn't have a blog. . .or a website, but if I would have. . I probably wouldn't be pointing people to it.

The photos are very sweet.

I remember things from when the kids were littler and when I look at pictures but I can't remember what my husband reminded me to do 2hours ago!

Your Passover comment made me laugh out loud! (And I'm so totally impressed you even knew about Passover... what with living in Tennessee and all. My Alabama husband - who is married to ME, a Jewish girl - couldn't even remember which holiday it was... Oy.)

I love looking back at old photos. It's amazing how far you can go in just a few short years....

You know, I have great scrapbooks from when my daughter was small. By the time my son was in elementary school, my marriage was falling apart and I just got tuckered out.

I do love reading back on my blog, however, to see how far all of us have come. It helps. A LOT.

I love seeing pictures of your kids. Their happiness just shines through!! They always make me smile too.

Love the photos. Ya'll are so stinking cute!

Thanks for sharing those photos. You are all great!

Oh, those early pictures. The Sassypants pic is so funny--she looks kind of tired, like she just landed a jet singlehandedly after both pilots passed out from food poisoning.

They were some cute. And still are. And holy hannah, that's a huge angel on your tree.