My favorite place to walk is a park/greenway near my house, on the river.

It's really beautiful. There are dozens of trails so even though I often walk in the same place, I can walk a different path.

There are people who walk nearly every day. Most people stick to a particular path. Maybe they've walked them all and that's the one they like the best? I don't know. But they always seem the same.

The two skinny,bitchy girls on bikes are always on the death path. I call it the death path because I always feel like death after I walk it. Also? I usually fall down because that crap is REALLY FULL OF ROCKS. And also, I'm very clumsy.

The elderly couple who has an arthritic dog (named Spot, no less) is always on the cornfield path. They and their arthritic dog always lap me. Those two hundred year old people are in good shape, apparently.

The buff guy who thinks he's hotter than he actually is is always on the riverside path.

The new mom is always on the sidewalk path.


I've said hello to all of these people. The elderly couple always wants to talk to me a lot, the bitchy girls are, well, bitchy, and don't talk to me at all except when they get right up on me and then shout to announce themselves (because apparently I'm deaf and can't hear their loud asses coming up on me). The new mom and I always have something friendly to say to one another. The buff guy usually manages a hello.


You get the picture.


The other day I was walking on the cornfield path. I saw the elderly couple and they didn't talk to me like they usually do. They didn't ask me for the hinty billionth time what my dog's name was or if my husband was in this band that plays at Dollywood that they "seen this one time".


But I thought, whatever. They're old. Maybe they've forgotten who I am. People I've known for years forget me. I'm forgettable! No big.


I came upon a group of ladies who were probably in their 60's. And? For some unknown reason? Had a cat with them.


They all stared at me.


I saw two young teenage boys. They stared at me. When I got past them, they started laughing.

Then? I started getting pissed.


Because, okay, yeah. I get it. I'm fat. Ha, ha. Fat people are FREAKING HILARIOUS. I know. It's socially acceptable to laugh at fat people, right? It's perfectly cool to laugh at some fat ass walking her dog on the path (doing a 20 minute mile, mind you!) because her face is red and she's breathing heavily and her ass is jiggly, right?


I was pissed. Super pissed. I was pissed all the way back to the car.


And when I got back to the car? I caught a glimpse of myself in my sideview mirror.


And realized I was wearing this shirt: 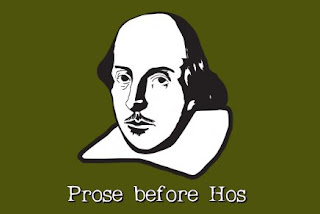 love that shirt I need to find one!

I freakin' love that shirt....lmao.

ROFLMAO that is so freakin' hilarious. One of those "smack your forehead" moments.

I have a friend who has a t-shirt that says "Baroque(adj.): When you are out of Monet." ::snicker::

That is awsome! Where can I get me one of those shirts?

Is it bad that I desperately wish you'd passed the skinny bitches that day? Also, was the cat in a carrier? Because cat in a baby carrier will crack me up all day.

Like many others, I need that shirt. Where'd you get it? I love quirky/funny shirts.

That is fantastic! I have a shirt that has the Cheveron logo on it and it says "I Have Gas". I will usually wear it under a sweatshirt or something but I have in the past forgotten that I was wearing it and took my sweatshirt off and walked around. I know I am thick headed but I can never figure out why people are laughing at me until it's too late. :-) Hella funny.

Lol, that's great!
I went to pick up my grandmother at a care home (to bring her home) and didn't realize until I got there that I was wearing a shirt that said "Coroner. I'm here for your body"
Bad idea at a nursing home. No sense of humor there....

Totally fabu shirt. Where'd you get it?

You might be clumsy, but I'm dumb. Here's how much:

I got to your "punch line" and thought, "Why was Chick wearing an Elizabethan ruff around her neck for a walk? I don't get it."

Thennnnn, I went, "Oh, she was actually wearing a shirt with this picture on it."

Now all the people in my office are wondering why I'm laughing so loud.

(visiting for the first time from the Blogger's Annex)

Okay, my first time making a comment. I had a shirt that said "I know Jack Shit". I wore it to the beach and went to a casual beach bar. A woman came up to me and said" I used to be married to him." I was at a loss until she pointed to my shirt!

Isn't it the best shirt EVAR?

I wear mine at least once a week to run errands, and it always makes people laugh :D

Awesome! My favorite t-shirt is my "It's all relative in West Virginia" shirt. Yep. Wear that one with pride.

I fucking love you!!