Being a single mom isn't so hard!*

Jason is away on a business trip this week (it's in Florida! LUCKY!) and thus, the children and I have been...well, having lots of fun and not being responsible whatsoever.

In thinking about his being away, I have determined that the following are the best reasons to have a husband go on a business trip:

1) I can go pee in the middle of the night and not shut the bathroom door.
2) No one is snoring and I've slept better than I have in years.
3) We can eat Mexican food.
4) We can eat in front of the television.
5) Watching South Park.
6) There are no knees or elbows in my various orifices while I am trying to sleep.
7) No one is calling four billion times a day. (His employees call for stupid crap constantly when he's here)
8) I can take approximately eleven hundred photographs of myself like this: 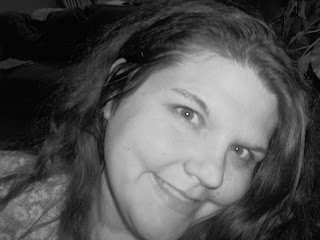 Without having to hear, "What are you DOING in there?"
9) I get to call up all my chums and say things like, "And I'd like to knock the taste out of her mouth!" without anyone rolling their eyes at my, um, colorful use of the English language.
10) I can get dressed in the morning with the lights on, instead of creeping around in the dark trying not to wake someone who doesn't have to be at work until 9 freaking a.m. (LUCKY!)


Disadvantages of him not being here include:
1) There was a really big hairy spider on the wall in the bathroom yesterday and I had to squish it myself. I don't really mind doing that, but if he were here, I could ask him to squish it and then he would have felt very proud of himself.
2) The dishwasher is not working properly. I have no confidence that he could fix it, but I would have someone to complain to.
3) I would probably be motivated to cook an actual dinner instead of picking up something.
4) We've been anticipating the season finales of Scrubs and The Office all year and I had to watch them by myself. If you didn't see them, The Office ROCKED. I was grinning like a fool at the end. And Scrubs, well, I wish they would have given us more to go on! But, whatever.
5) Boy Child had a lot of math homework this week. Really, I suck at math, but I pretend to be confident while the children are around. Jason is good at math.
6) I have a lot of really heavy stuff that needs to be put in the car. I could have used a hand with that.
7) It's kind of hard to fall asleep now, without someone's knee in my buttcrack. Since I'm used to it, and all.
8) The children miss him.
9) The puppy misses him.
10) I miss him.


*Total lie. It's the hardest job ever.
Posted by That Chick Over There at 5:36 AM

But really - you close the door when you pee? Even in the middle of the night?

How nice...I'd be wanting someone to smush the hairy spider, too!! :) I probably wouldn't be missing the knee in the crack, though!!

My biggest things would be:

Getting sleep
Any take out food (since he won't eat it)

But I would miss him too.

I love that picture of you.....I can't wait to hang out...and you can use as much colorful language as you like.

I did NOT know you were an Office fan. Was that not the BEST??? I was feeling all sad, then VERY glad!

Yeah it's a definate love/hate thing when the Mr is away.

I have such empathy for single moms when Mark is away. . .even if just for one night.

Those two shows ROCKED last night. . . but who knows what's gonna happen on Scrubs.....? I just hope it comes back!

ok, this is weird. my husband's name is jason. he is on a business trip at the moment. it is in florida. are you like my slightly less than 1/3 more awesome twin?

I also love it when Sweetie Pie leaves town, because I get to do so much stuff that I don't get to do when he's here.

But yeah, also totally notice the stuff that I do need him to do.

And man do I ever love the Office!

lol too funny. I am always getting jabs in orifices too :) South park....that is funny when it is the middle of the night and are in a giggly mood....which comes after the tiredness goes away. This is kind of encouraging....Ryan is going to be away in summer for 6 wks for basic training for the military and I am DREADING it :S

What? You pee with the door closed?

When William leaves town it is generally for a very long time and while I always enjoy the first week for the change in routine eventually I just start missing him. Though I would be all for having the bed to myself all the time. Then I wouldn't have to use earplugs to block the sound of breathing, never mind snoring.

your picture is gorgeous!

I could come help you squish spiders and such, if you want. I'll even scratch myself afterwards- you know, so I seem manly and all.

You know, just 'cause you're gorgeous doesn't mean you have to rub it in our faces all the time. =P

I'm going to Utah this July without Neil. And without the kids. It is going to be so freakin' weird!

That is a great picture!

Your lists sound a lot like mine when my hubby is gone for work. But my #1 on the pros list would be that I don't have to keep two screaming toddlers quiet all the time. We can all yell as much as we want.

Uhh... have to ask, but what happened on The Office??? Can't believe I missed the finale! UGH.

That was fun to read. It feel like it's been FOREVER since I had anything stuck in any orifice--just things come out of them, like a BABY!

Anyway, thanks for keeping me laughing. Loved the tampon photo.

I wonder if I'll ever miss a man being away again. Of course, first I'll have to have one in my life again that I WANT to be in it. God only knows.